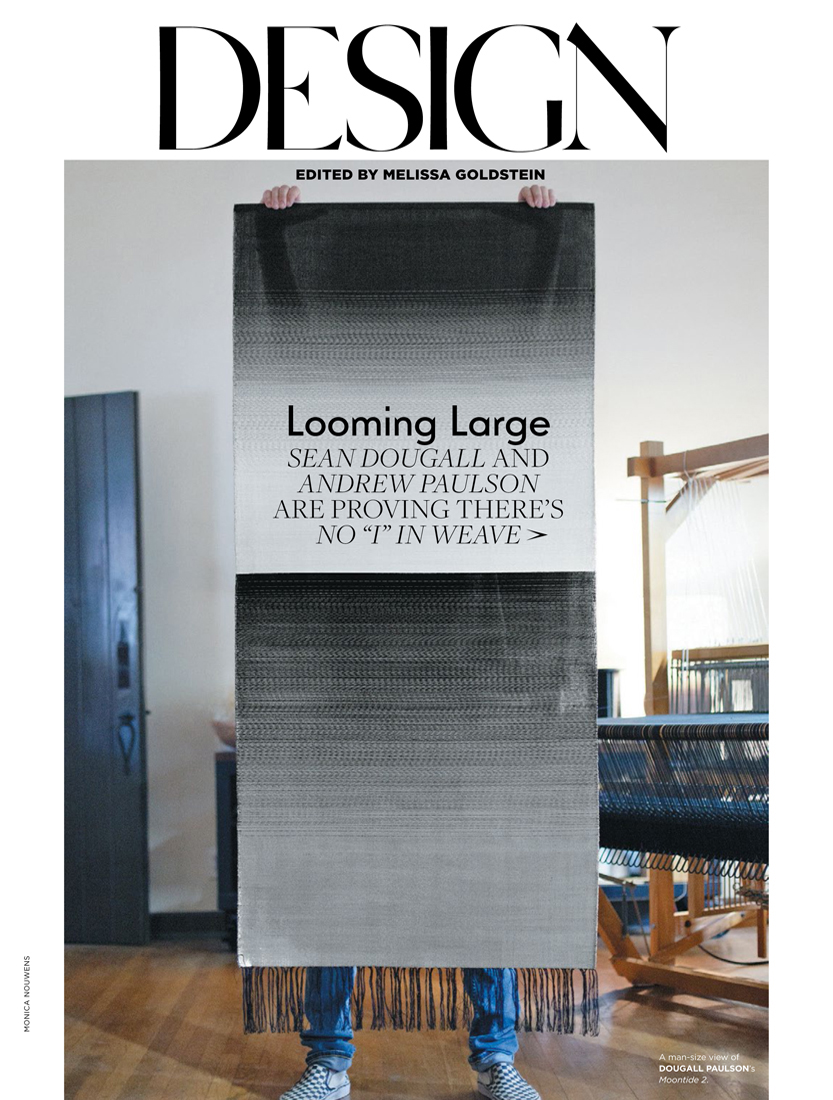 “You know how a master sushi chef doesn’t get to hold the knife for 10 years?” asks Sean Dougall, half of the design duo Dougall Paulson. “That’s like me with weaving. I finally started doing it earlier this year, because we had so much work to do. It was all hands on deck!”

That creative push came from one of the world’s most respected tastemakers, architect Peter Marino, who tapped Dougall and his partner in life and work, self-taught weaver Andrew Paulson, for 10 large-scale weavings crafted from silver-plated enameled jewelry wire to be installed in the Chanel flagships in Beijing and Paris. “We’re so, so honored,” says Paulson.

The career milestone coincided with a move in December from their apartment in Watts to a 1920 Spanish Mission Revival home in San Bernardino. “It had all of this original charm—very Old World and romantic,” says Dougall.

Known for their conceptual editioned furniture and ceramics—Dougall’s first calling—the pair has been working together since 2013. (Previously, Paulson had been a literary agent, and Dougall was a production designer on Super Bowl-scale events.) Their debut collection, Dark Matter, with its otherworldly furniture forms and decadent materials, was feted by the likes of industry insider Joel Chen of JF Chen. Since then, they’ve released three more collections, including the recently unveiled Moontide, a series of handwoven art textiles inspired by the shimmering effect of moonlight on the ocean’s surface.

In between fielding orders (they’re working on a triptych for of-the-moment designer Alex P. White), they’re slowly settling into their new digs. Throughout the house, any decor that isn’t equipment is usually one of their prototypes—that is, if it’s not work from artist friends including Lisa Bartleson, Monica Nouwens and Nike Schroeder. “We enjoy living with our work because we work all the time,” says Dougall. Paulson  adds, “Everything is a launchpad for new concepts.”

This story originally appeared in the November 2018 issue of C Magazine.