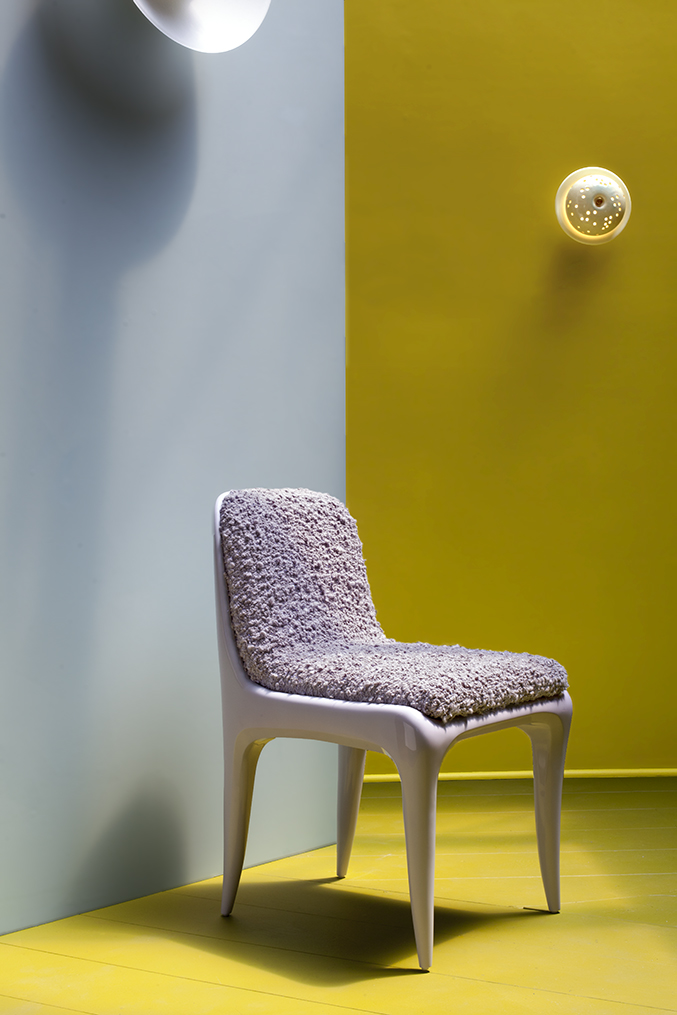 The designing duo discuss "Auraform," their newest body of work

At a time when we're so often in sensory overload, surrounded by a nonstop news cycle and never-sleeping smartphone screens, inward reflection and peaceful meditation can seem to be forgotten luxuries. For Sean Dougall and Andrew Paulson—known collaboratively as —it's this very sea change that inspired their latest body of work, the multimedia "Auraform," which will go on display at Los Angeles'sgallery this Thursday.

"Our first body of work, called Dark Matter, focused on the farthest reaches of the night sky—looking outward toward the heavens," Dougall explains. "A lot has changed since that collection, and given the state of the world today, it seemed only natural that this next body of work look inward, seeking more internal wisdom."

To do so, the designers used the metaphor of the ocean and its depths as both a tool and a symbol for inward reflection. "We were inspired by the deep sea for its mysterious, uncharted quality—a lot like the night sky," Paulson says. "The creatures that adapt to these crushing depths, and also the topography and tectonics of the seafloor, with its undulating plains and fossilized sands, feel otherworldly."

Riffing off the idea of the otherworldly and the theme of self-reflection, Dougall and Paulson created a series of furniture and objects that blur the line between art and design and make the most of the duo's respective talents. Paulson, a weaver, and Dougall, a sculptor, "draw from the versatile materials of our craft to develop a new body of work," Dougall explains.

Spindly legs and a nubby upholstery give a series of elegantly silhouetted chairs and barstools a decidedly anthropomorphic quality, while ceramic sconces evoke thoughts of deep-sea creatures. A sculptural installation titled Ebb and Flow mimics the ocean's changing tides—a phenomenon that is both powerful and meditative.

For the Irid meditation mat, Dougall and Paulson looked to the tradition of meditation in Japan, and devised a riff on that country's tatami goza in nickel wire. "The idea was to encourage others to find time and space away from the noise, which can be so detrimental," says Dougall.

This story originally appeared in Architectural Digest in October 2017.